A case study in time distortion from Milton H. Erickson

In this report, an account is given of the experimental-clinical therapeutic procedure employed in the alleviation of a symptomatic manifestation. 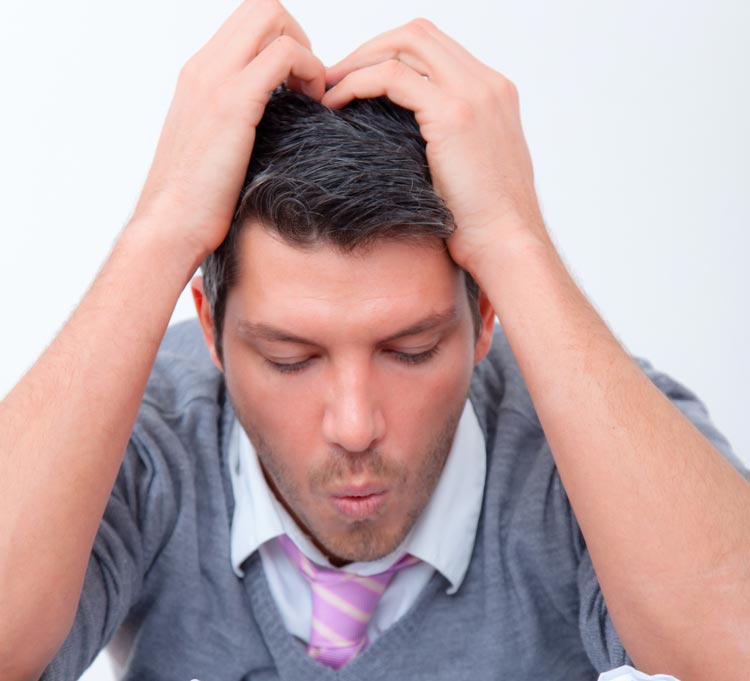 The patient, a fifty year old socialite, was referred by her family physician for hypnotherapy. For many years she had suffered a yearly average of forty-five severe incapacitating migrainous headaches for which there had
been found no organic basis. She had often been hospitalized for these attacks because of severe dehydration
and uncontrollable vomiting. The attacks lasted from not less than three hours to as long as three weeks. Although the patient was desirous of therapy, she was incomprehensibly demanding, dictatorial and actually uncooperative as far as psychotherapeutic exploration was concerned. She wanted all therapy to be accomplished, very definitely so, within four visits at intervals of two weeks.

Hypnosis and any hypnotic procedures considered valuable by the therapist were to be employed with the exception of any psychological investigative procedures. The entire situation was to be so handled that she was not to have any seriously incapacitating attacks, that is, attacks of over three hours duration, in the six weeks period of her therapy.

However, it was also her demand that, since she had had these headaches for many years with great regularity, she
wanted them to continue but in such fashion that they would serve to meet her “hidden personality needs” but
without interfering with her as a functioning personality. (The patient was intelligent, college-bred, well-informed,
happily married and a devoted grandmother.) She suggested that the character of the headaches might be changed but not the frequency. However, this was but a suggestion, she declared, and she was content to rest this
responsibility upon the therapist.

In reply to her, the demand was made that the therapist required as a special consideration that she report yearly to
him as a form of insurance of her therapy. After careful thought, she agreed to do so for two years providing no fee
was charged, but thereafter, the therapist would secure any information from her family physician.

Despite her attitude toward therapy in directing it, restricting procedures and establishing limits, she was readily accepted as a patient, since she presented an excellent opportunity for a combined experimental and clinical approach. When informed of this type of acceptance, she agreed readily. The actual approach to her problem, in addition to being oriented to her demands, was based upon a combined experimental-clinical procedure utilizing in sequence subjectively condensed and expanded experiential time, employing the one to enhance the other.

She proved to be an excellent subject, developing a profound somnambulistic trance within ten minutes. The first instruction given to her was that she was to accept no suggestion that was contrary to her wishes and to resist effectively any attempt to violate any of her instructions. Next she was told to execute fully all of those instructions given her in actual accord with her expressed desires. In this manner, her full responsive acquiescence was secured in relationship to both her resistances and her actual cooperation with possible therapeutic gains. The therapeutic plan devised for her was relatively simple.

The first procedure after the induction of a deep trance was to instruct her fully in the concepts of time expansion and time condensation. Then she was told that she was, without fail, to have a relatively severe migraine attack of not more than three hours duration sometime within the next week. The severity of this attack and its termination within three hours was imperative to adequate therapeutic results.

The following week, she was to have another and even more severe attack. It would differ, however, from the headache of the preceding week in that, while it would last in subjective or experiential time slightly more than three
hours, it would last in solar time as measured by a stopwatch not more than five minutes. Both of these headaches were to develop with marked suddenness, and she was to go to bed immediately and await their termination.

The patient was then awakened with an amnesia for her trance experiences and informed that she was to return in
two weeks time. Meanwhile, she was not to be disturbed or distressed by any headaches she might have. When the patient was seen two weeks later, she developed a trance readily upon entering the office. She reported that she had obeyed instructions fully, and had experienced two headaches.

The first persisted two hours and fifty minutes, and the second almost five minutes. Nevertheless the second headache seemed to be much longer that the first and she had disbelieved her stopwatch until she had checked the actual clock time. The first headache had developed at 10 a.m. and had terminated at ten minutes to one o’clock.

The other had begun sharply at ten o’clock and she had seized her stopwatch for some unknown reason and had proceeded to lie down on her bed. After what had seemed to be many hours, the headache had terminated as suddenly as it had begun. Her stopwatch gave the duration as exactly four
minutes and fifty-five seconds. She felt this to be an error since she was certain that the time must be somewhere near mid-afternoon.

However, checking with the clocks in the house corrected this misapprehension. With this account completed, the next procedure was to outline the course of her therapy for the next two weeks. To insure her full cooperation instead of her wary acquiescence, she was instructed that she was first to scrutinize them carefully for their legitimacy and then to answer fully a number of questions.

In this way she was led into affirming that ten o’clock in the morning was a “good time to have a headache”; that
Monday morning was the preferable day, but that any day of the week could be suitable if other matters so indicated;
that on occasion, it might be feasible to have headaches on successive days and thus “to meet personality needs” for a two weeks period instead of “meeting them” on a weekly basis of one headache per week. It was also agreed that she would have to consider the feasibility of having a “spontaneous unplanned” headache at rare intervals throughout the year. These however would probably be less than three solar hours in length. To all of this the patient agreed.

Thereupon she was instructed to have headaches of less than five minutes each beginning at ten o’clock on the next
two-Monday mornings. Again she was awakened with an amnesia and dismissed. Upon her next visit, the patient demanded an explanation of the events of the preceding two weeks. She explained that she had had two social engagements which she had cancelled because of a premonition of a headache. In both instances her premonition had been correct.

Both headaches were remarkable in her experience.

Both were so severe that she had become disoriented in time. Both made her feel that several hours had passed in agonizing pain but that a stopwatch she had felt impelled to take to bed with her disclosed the headaches to be only a couple of minutes in duration. She was answered by the statement that she was undergoing a combined experimental-clinical hypnotherapy that was developing adequately and that no further explanation could be offered as yet. She accepted this statement after some brief thought and then developed of her own accord a deep trance state.

Immediately she was given adequate commendation for the excellence of her cooperation, but no further explanation was offered and no inquiries were made of her. Further therapeutic work centered around teaching her a more adequate appreciation of subjective time values. This was done by having her, still in the trance state, determine with a stopwatch, the actual length of time that she could hold her breath. In this way it became possible to give her an effective subjective appreciation of the unendurable length of sixty seconds, to say nothing of ninety seconds. Against this background of stopwatch experience, she was given hypnotic suggestions to the effect that, henceforth, whenever her “personality needs” so indicated, she could develop a headache.

This headache could develop at any convenient time on any convenient day, and would last a “long, long sixty whole seconds” or even an “unendurably long, painfully long, ninety seconds”. It would quite probably be excruciatingly painful. When it was certain that the patient understood her instructions, she was dismissed. She returned in two weeks to declare it was her last visit, since she expected therapy to be concluded. Thereupon she developed a profound somnambulistic trance. She was immediately told that the therapist wished to review with her the proceedings of the previous interviews and the resulting events. She replied, “That is all so unnecessary. I remember perfectly everything in my unconscious mind. I understand and I approve and I will cooperate fully. Is there anything new you wish to tell me?” She was reminded that it was possible that on rare occasions she might develop an “unexpected, unplanned, completely spontaneous headache.”

She replied that she remembered and that if there were nothing more to be done, she wished to terminate the interview without delay. Upon the therapist’s assent, she roused from the trance, thanked the therapist, stated that a
check would be sent in three months’ time, at which time she would send also a preliminary report. The reports received in the next two years and from her physician since then have all disclosed that the patient benefited extensively. She has on the average about three “unexpected headaches” a year, lasting from two to four hours. At no time has she required hospitalization, as had been the case previously.

However, once a week, with ritualistic care, usually at ten o’clock on a Monday morning_, she enters her bedroom, lies down on the bed, and has a headache which she describes as “lasting for hours but the stopwatch always shows it only lasts from fifty to eighty seconds. It just seems for hours. And then I’m all over every bit of it for another week. Sometimes I even have those headaches on two successive days and then. I’m free for two weeks. Sometimes I even forget to have one and nothing happens.”

This last case history illustrates a number of important considerations. It demonstrates effectively both the value of the experimental psychological approach in psychotherapy as contrasted to traditional methods and the efficacy of an alleviation of a symptomatic manifestation when adequate allowance and provision is made for the unknown personality structure and its resistances to therapy. Also, it discloses clinical and experimental possibilities in the varied utilization of two distinct aspects of subjective time distortion.